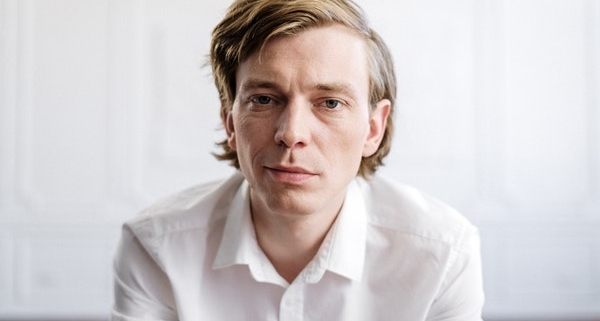 Addiction is a complex mental health disorder that doesn’t fit neatly into any one box. On the one hand, addiction can be characterized as a disease of the brain. Yet it could also be seen as a social problem: people are more likely to become addicted if they have fewer educational and occupational opportunities. Further still, genetics and heritability play a large role in the development of addiction, and mental illness is highly correlated with addiction as well.

Put simply, there aren’t just one or two underlying causes of addiction: several factors play a role. But identifying which issues play a role for each person struggling with addiction may help you to better understand why addiction has become a problem and help treatment professionals create an effective treatment plan.

Addiction is a disorder characterized by an inability to cut down or stop using substances despite harmful consequences. It often comes with a host of other side effects, including tolerance, withdrawal symptoms, and impairments in everyday functioning. The American Psychiatric Association has 11 key criteria for a substance use disorder, which include:

How Common is Addiction?

Substance use disorders are much more common than most people think. National surveys from the Substance Abuse and Mental Health Administration show that 15.4% of adults in the United States had a substance use disorder in 2020, accounting for nearly 39 million Americans. In terms of specific substances:

In addition, 6.3% struggled with illicit drug use and alcohol use simultaneously.

What Does Addiction Do to the Brain?

In neuroimaging studies, scientists have discovered structural changes in the brain’s reward network in people with substance use disorders. These changes are seen across multiple addictive substances and even behavioral addictions such as disordered gambling or video game addiction.

Structural changes occur primarily because of the release of the neurotransmitter dopamine. Dopamine is the brain’s primary reward chemical – and plays a key part in learning and repeated behaviors. In everyday life, dopamine is released by things that are inherently enjoyable, including eating good food, spending time with friends, or completing a project.

Drugs such as cocaine or alcohol release larger amounts of dopamine than any natural source, flooding the brain with this neurotransmitter. In response, the brain cuts down on dopamine receptors – which catch dopamine after it is released. Over time, this downregulation of dopamine receptors can make it difficult for people who abuse substances to feel any sense of reward from everyday activities, and only drugs or alcohol provide a satisfying sense of reward.

Even after a person stops using substances, these changes in the brain remain. While the brain will ultimately heal, it can take up to 14 months for the changes to fully reverse. During that time, people new to abstinence may struggle to enjoy the things that other people find pleasurable.

Underlying Causes and Conditions That Contribute to Addiction

There are dozens of underlying causes of addiction, unique to each individual. While any one condition doesn’t guarantee somebody will struggle with substance use, they can increase your risk of addiction, or predispose you to addiction when you use drugs or alcohol. Below, we’ve listed three of the main causes of addiction – and an explanation of general motives for using substances, which can apply broadly to several different conditions.

But hereditability isn’t enough to explain addiction. Even if both your parents were alcoholics, you could never develop an alcohol use disorder without picking up a drink. What genetics does is increase your susceptibility to addiction.

People with mental health disorders, such as anxiety, depression, post-traumatic stress disorder, or ADHD, are more likely to develop a substance use disorder. People with these mental illnesses often use substances to self-medicate their symptoms. While this may initially provide some relief, the positive effects are typically short-lived. Self-medicating a co-occurring disorder can result in a worsening of mental health outcomes, as well as the development of a substance use disorder.

Why People Use Substances

Each of the underlying causes of addiction boils down to one of four simple reasons people use drugs or alcohol:

These four motives account for nearly all substance use and play a key role in the development of addiction. But the difference between people who can moderate drug use and those who become addicted is that substances become the primary activity to achieve these four goals, only to find that they are an ineffective long-term solution.

Treating the Underlying Causes of Addiction

Treating the underlying causes of addiction takes deliberate effort on the part of an addiction treatment team and the person trying to recover. They need to work together to uncover the specific reason they developed an addiction and to clearly understand what they hope to achieve in addiction recovery.

These are the primary goals for anyone entering recovery.

For some people, that means treating co-occurring mental illness at an integrated dual diagnosis facility, where they can recover from both their mental illness and addiction simultaneously. Some people will need to attend trauma-informed therapy, to work past previous events that are holding them back. Others will benefit from a health and wellness program, that helps them to flourish in their life after achieving abstinence.

At ELEVATE Wellness, our multidisciplinary team understands that healing from addiction is about much more than mere abstinence. Our program has been designed from top to bottom to help people build the tools for a lasting recovery, heal from the underlying causes of addiction, and flourish in their new lives in abstinence. From the best evidence-based therapies to a holistic model of mental and physical health, there is no better place to start your journey in recovery and heal from the harms of addiction. When you’re ready to start treatment, call one of our addiction experts for a free and confidential consultation at 855-778-8668.

What is Aftercare in Recovery?